Waste not, want not

Straws in fish stomachs, microplastic in our drinking water, edibles in the waste. Many people are fed up with piles of rubbish and wastefulness. A rapidly growing movement called Zero Waste calls for a conscious change of habits and focuses on well-made things that last a long time - just like MÜHLE.
An explanation in eight steps 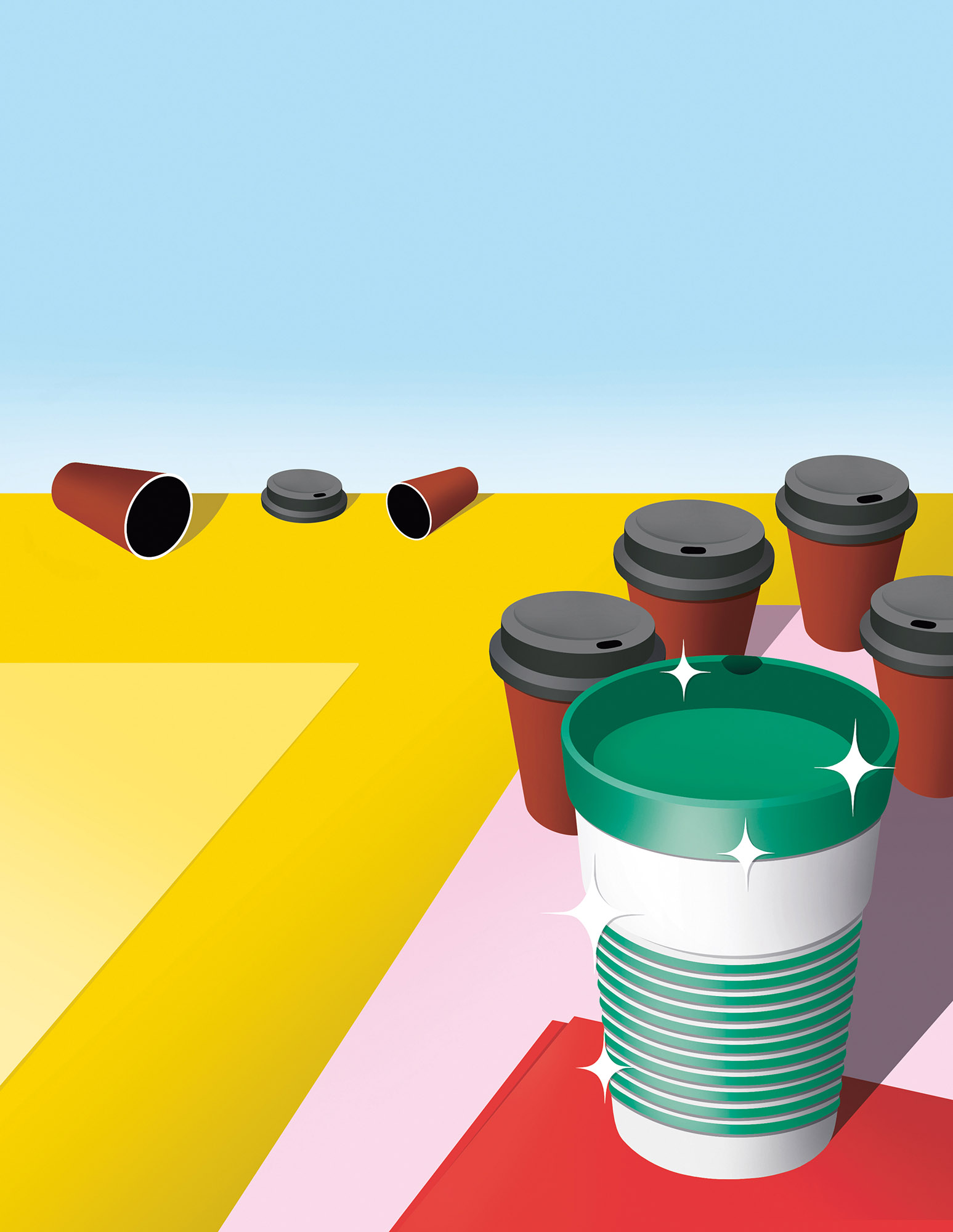 A German supermarket sells 26,000 items on average, about four times as many as in 1984. A study by the Boston Consulting Group estimates that the global demand for clothes will increase by 63 percent by 2030 and that electrical appliances are designed to break when their warranty expires. The results are piles of rubbish and excessive consumption of the resources on which we, and our children, depend. More and more people, especially in Western industrialised countries, want to do something about this.
This gave rise to the Zero Waste movement. The movement brings together a series of different counsels from the avoidance of waste with reusables to minimalist lifestyles and the sharing economy, in which everything, from cars to drills, is used collectively.
Zero Waste is more of an ideal than a clearly defined programme. Concerns about reaching the limits of growth and the destruction of the environment are nothing new. At the end of the last millennium, environmental activists such as the American chemistry professor Paul Connett studied ways to avoid waste. Zero Waste grew into a fully-fledged movement with the spread of the internet and social media. Online forums have united a community of activists and researchers while role models display their "correct" way of life on Instagram by appealing to their followers and successful bloggers show that avoiding waste does not result in a less fulfilling life.

THE ICON: BEA JOHNSON WAS THE FIRST TO SHOW HOW IT'S DONE

Bea Johnson was probably just the right voice - and the right face - at the right time. She essentially just thought about a question that was on many people's lips, namely what can I personally do about environmental destruction and pollution? Many people couldn't get the topic off their minds, but Johnson was the first to present a suitable approach for everyday life.
And so it was that the charming French woman, who had come to the US as an au-pairgirl, started reporting about her attempts to avoid waste together with her husband and her two sons on her blog Zero Waste Home in 2008. It didn't take long for her to become the icon of the movement. Her book "Zero Waste Home" was translated into 25 languages. Today, she tours the world as a speaker and shows how French chic and minimalist second-hand attire can go hand in hand while talking about the joy of a life filled with experiences instead of things.

THE ZERO WASTE PRINCIPLES: THE 6 R'S

Summing up a complex phenomenon and translating it into guidelines isn't easy. The 6 R's, which can be traced back to the waste hierarchy as defined by the EU waste directive of 2008, are often used as a simple explanation of the essential aspects.
The avoidance of waste has the highest priority (refuse), followed by reusing and recycling waste. The other three R's stand for repair, reduce and rot. Reduce not only means limiting the general amount of waste, but also thinking carefully think about what you actually need and then consuming more responsibly and less. "Rot" emphasises the need to compost organic waste. 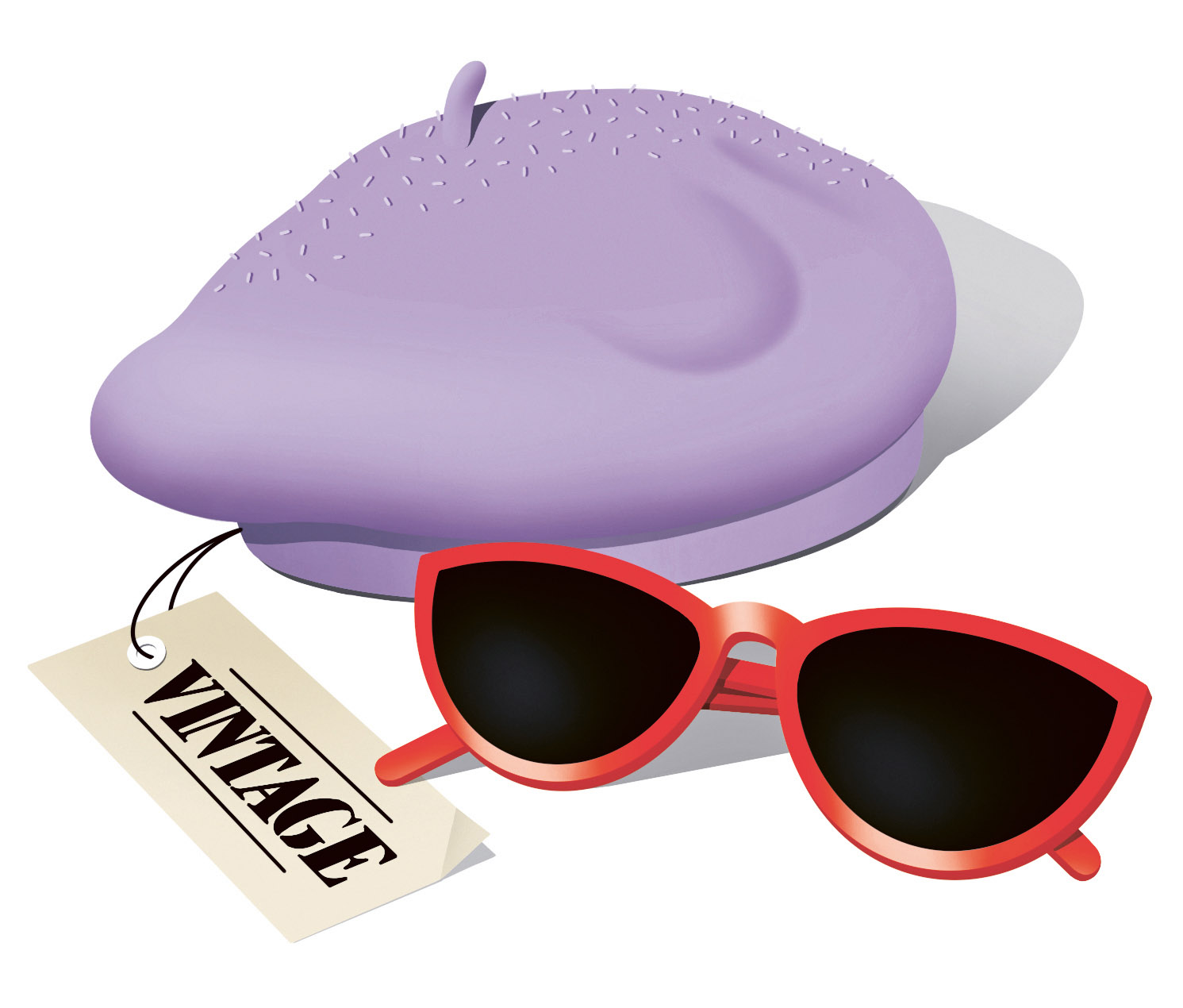 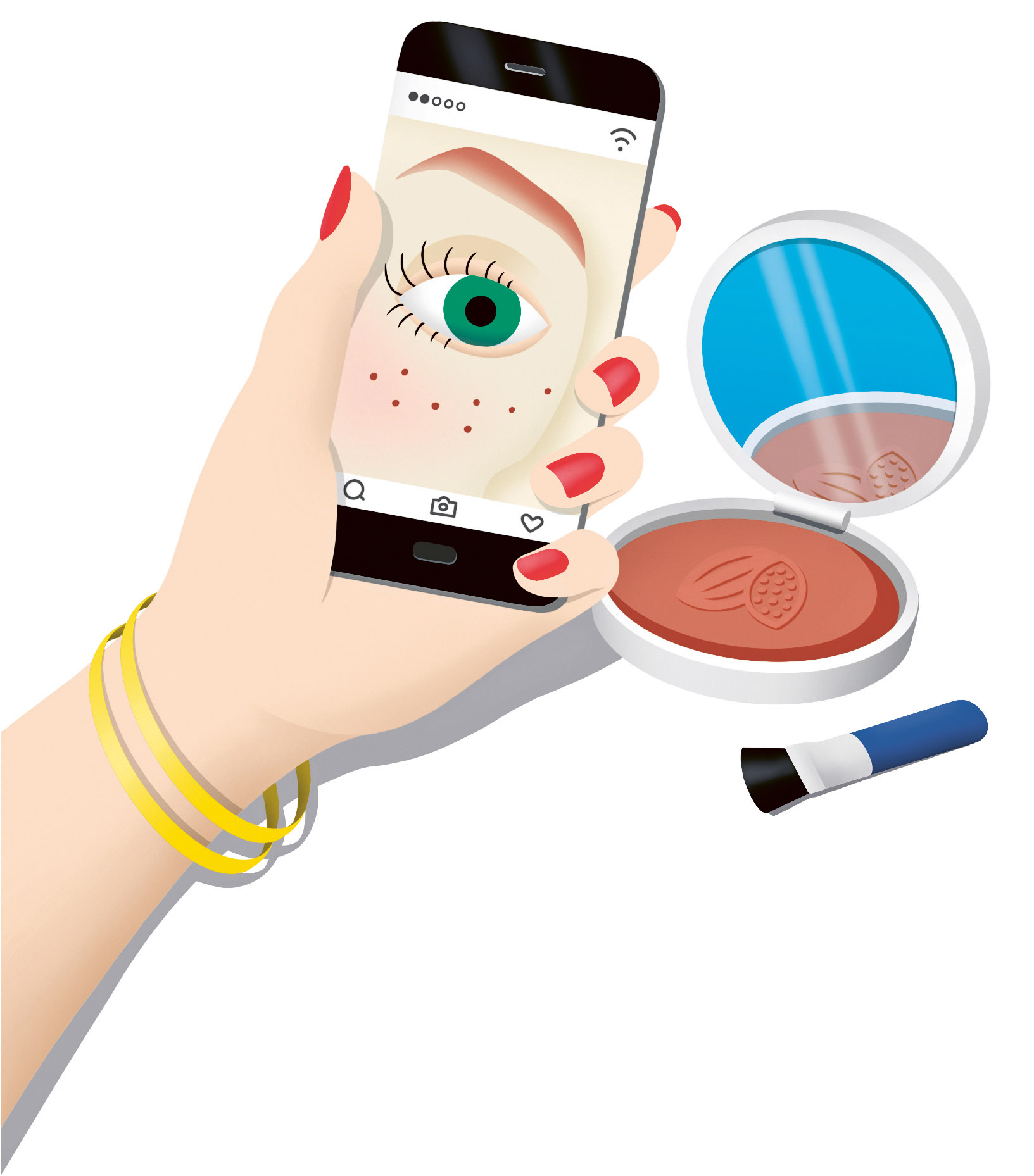 GUIDELINES FOR EVERYDAY LIFE: BLOGGERS TURNED THE IDEA INTO A LIFESTYLE

What scientists with complex and substantiated statements and activists with stern appeals couldn't achieve was managed effortlessly by a group of young women, namely motivating people to change their lives. It was only thanks to successful bloggers with a high potential for identification that Zero Waste became a hip lifestyle. In a likeable and approachable way, women like Kathryn Kellogg of "Going Zero Waste" and Ariana Schwarz of "Paris To Go" let others share in their everyday lives, from shopping withtote bags and jars with screw-on lids to using make-up with cacao powder. The most well-known German Zero Waste blogger, Shia Su of "Wasteland Rebel" fame, describes what inspires her thus: "I want to be part of the solution, not the problem."

In 1907, the Belgian chemist Leo Hendrik Baekeland developed a method that turned phenolic resin into a versatile and durable material - Bakelite was the first synthetic material to be industrially manufactured. The successors of this remarkable innovation have turned out to be one of the biggest challenges facing our planet. Synthetic materials are non-bio-degradable, difficult to recycle and often poisonous. As they cannot be got rid of without being replaced - after all, they arepart of many products, from toys to artificial hip joints - alternatives have to be found.
There's actually quite a lot going on here: disposable plates made of bamboo and wax-coated cloths to replace clingfoil are on the market already. Various start-ups are tinkering with sustainable foil made of cellulose, alga, agrarian remnants and the leaves of the areca palm. Styrofoam could be replaced by foam made of mushrooms or bioplastics made of lactic acids. Water-soluble food packaging, as developed by the company Monosol, could be very useful.

In 2012, San Francisco's Mayor Edwin M. Lee proudly claimed that the city was recycling and composting 80 percent of the waste it generated. This low dumping and combusting rate makes it by far the number one in terms of avoiding waste. In 2009, the municipality announced the ambitious goal to become the first zero-waste city worldwide by 2020. Due to a strict waste separation law for companies and private households, a great deal has already been achieved. However, San Francisco will not be completely free of waste until next year. New solutions for packaging materials that cannot be recycled but would be necessary to achieve the goal (see materials) need to be found.
A lot in the area of waste avoidance actually happens precisely where the disposal system doesn't work at all. The independent candidate Luigi de Magistris won the mayoral elections in Naples due to his efforts to free the city from its waste problem and the clutches of the Mafia. And plastic bags have also been banned in Kigali and Dhaka. 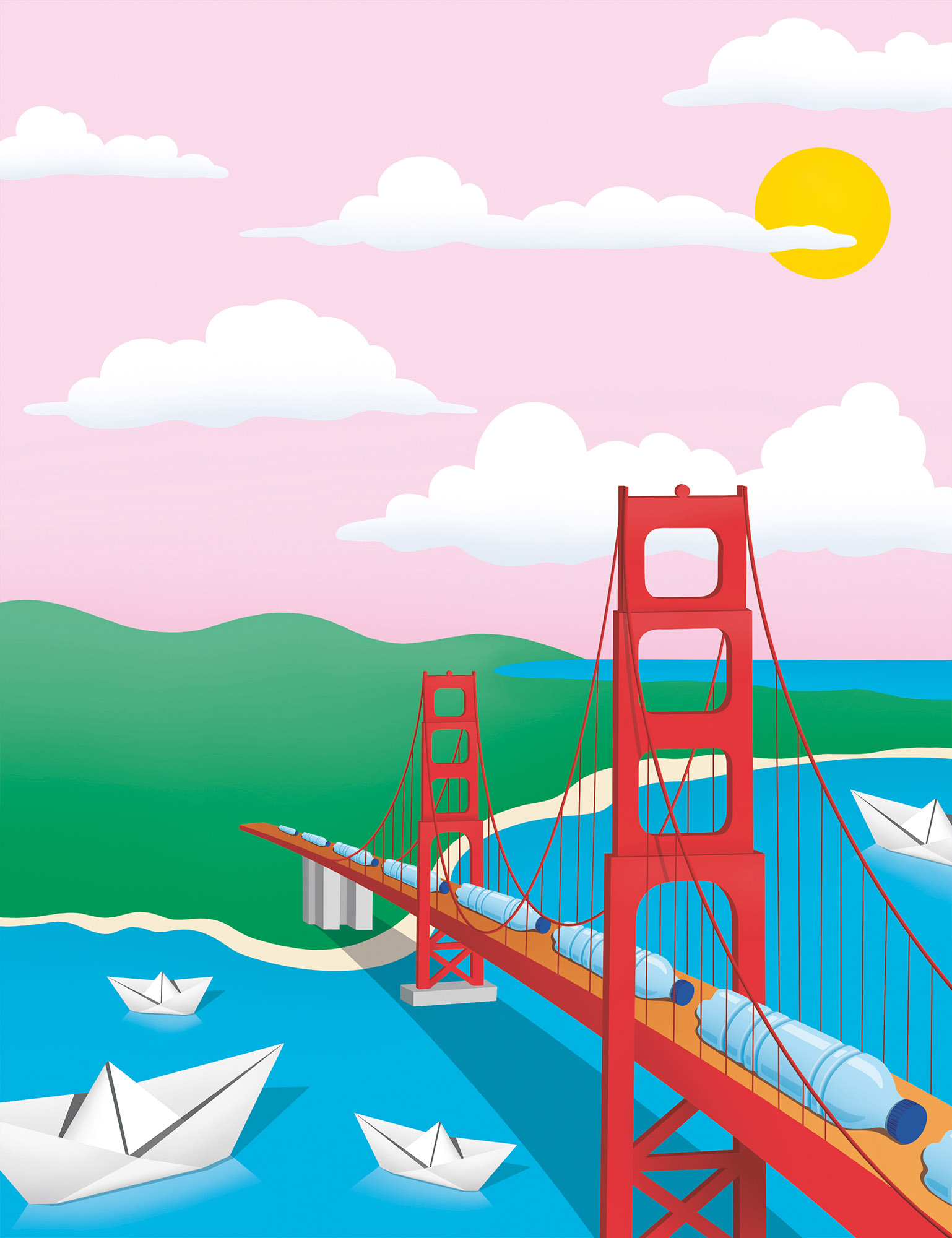 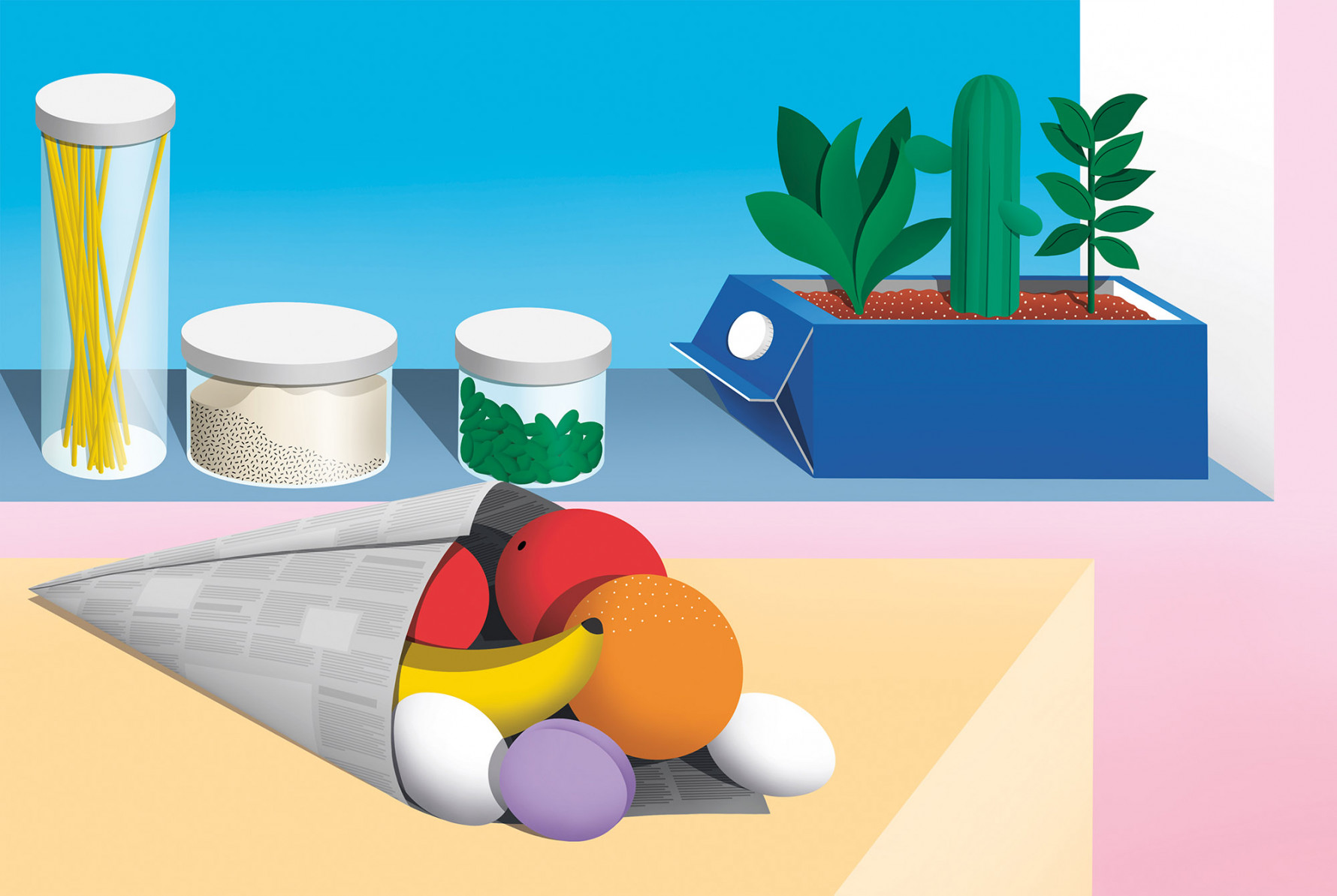 ON THE RISE: BULK STORES

Everyone knows how frustrating it is when, having unpacked your groceries from the supermarket at home, a big pile of waste remains. There has to be a different way, thought businesswomen Marie Delaperrière and Milena Glimbovski. They decided to open stores in which you can buy unpackaged foods. Delaperrière's store "Unpackaged - bulk, sustain-able, good" was opened in Kiel in February 2014. Glimbovski's "Original Unverpackt" followed shortly after in Berlin - thanks to crowdfunding. There are now about 100 bulk stores in Germany; organic supermarket chains such as Whole Foods have changed their range of products so that customers can put their items in refillable containers that can be bought on site or brought along.

It comes as no surprise that MÜHLE products are available in many stores that focus on sustainable consumerism and waste avoidance. Hardly a day goes by without a store owner reaching out to the headquarters in Stützengrün toadd MÜHLE to their product range. Our safety razors and brushes were already zero-waste long before the trend even existed, and not only after the packaging was reworked to be plastic-free. Only replacing the blades on a razor creates considerably less waste than using a disposable one. Timeless designs as well as high-quality materials and manufacturing make our products lifelong companions.